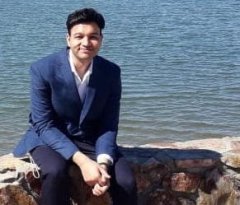 Aman Nougrahiya is a senior doctoral research scholar at the Department of Computer Science and Engineering, IIT Madras. Under the guidance of V. Krishna Nandivada, he has single-handedly designed and implemented the IMOP compiler framework. Over the period of 4 years during his doctoral research, he has written more than 130 kLOC in Java, for developing IMOP. His other ongoing PhD project concerns with optimization of synchronization operations in parallel programs. He has served as an Artifact Evaluation PC member, for PPoPP 2018 and 2019. He has also served as a student volunteer in ICSE 2014. In the fall of 2014, he was a research intern at Microsoft Research Lab, India, at the Programming Languages and Tools (PLATO) group, where he worked in the area of region-based memory management. His research interests are Multicore Systems, Memory Models, Compilers, Programming Languages, Program Optimizations, and Software Engineering.