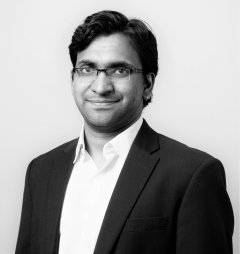 Parasara Sridhar Duggirala is an Assistant Professor in the Department of Computer Science at University of North Carolina at Chapel Hill (UNC). His main research interests are in Cyber-Physical Systems, Formal Methods, and Control Theory. His paper on Safety Verification of Linear Control Systems won the best paper award at the International Conference on Embedded Software (conducted as part of ESWeek) 2013. His work on “Verification of Powertrain Control Systems” and his paper on “Direct Verification of Linear Systems with over 10000 Dimensions” have won the best paper awards at ARCH workshop conducted as part of CPSWeek 2015 and 2017 respectively. He also received Feng Chen Memorial Award in Software Engineering from the Department of Computer Science at Univesity of Illinois at Urbana Champaign. He has worked at University of Connecticut from 2015-2019 and was a research intern at NEC Labs America, Princeton, NJ and SRI International, Menlo Park, CA. He has received his PhD (in 2015) from University of Illinois at Urbana Champaign (UIUC) and his B.Tech (in 2009) from Indian Institute of Technology Guwahati.